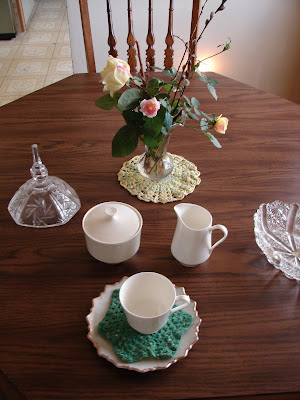 Forgive all of the crew here.......we have been involved in major changes that are both painful and joyful....it required all of the physical and mental strength we had.
Many of you know that we moved my mother in with us a few years ago. At 90 we thought it was time. Mom kept here home up north and we allowed her to go back for a weekend, then a day, then an hour....finally we had to come to the realization that life would not return to the way it had been......and from that came the house sale. 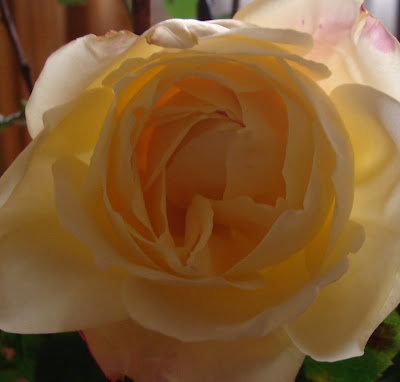 We have a lot of memories in that home...birthday parties, graduation parties....preparing for weddings, preparing for funerals...event after event.
I grew up in that home. My family lived in it for nearly 50 years. Emotionally we were prepared to let go......we thought... 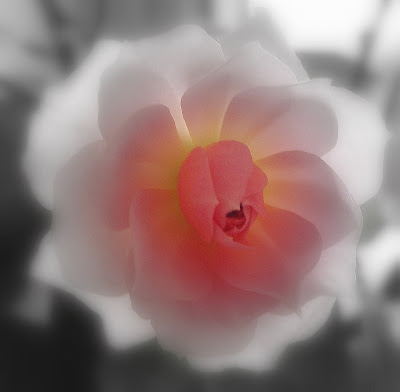 My parents grew up during the Depression..they knew what living without basic necessities was like...they were determined never to have that happen again. What we encountered over the last two months cured me of flea markets, maybe permanently...they saved everything....I mean EVERYTHING. Every time we thought we had gotten to the last box another appeared......and another.....and another....close to two hundred went to the Salvation Army. The furniture, another tale, involved going from not wanting to sell it, to wanting to sell it, to donating it, to pleading people to take it.

The poor menagerie here I suspect will not recover that quickly...total confusion while the boxes are opened and/or tossed...I am not sure who haz been most affected by all of it...certainly not Becky, who can only view it all like a big adventure. Angus, on the other hand whimpers a lot...and needs reassurance.

I don't want to visit another flea market again..not right now..maybe one day..but I have to tell you all that with the prospect of having my parents home spilled onto a blanket in a flea market, left me ill...and that was why it took that long to place everything.
Granted we have many boxes stored here now...we could not part with it all..in the end, I found myself hanging on to memories more than Mom...I think she was ready to let go...I clearly wasn't.

Clearly I am shell-shocked...I joked about the bottle of champagne we would open the day it was final...that did not happen...more of a quiet repose, following the end of an Era.Everything feels out of whack and uncertain. While we knew the day would come, I could not be there the last day..too many memories.

Now that the ranting and rambling of one very shell shocked blogger comes to a close, I have found that truly for every end, will be a new beginning....I just hope it will not involve cardboard boxes,tape and the dump.

We will be going on retreat beginning tomorrow, for a couple of days...we have to otherwise we will never be able to quiet the chatter and become grounded again..we are hoping to have the strength not to bring the laptop. The best way to unplug..don't bring anything that you have to plug in ;o) 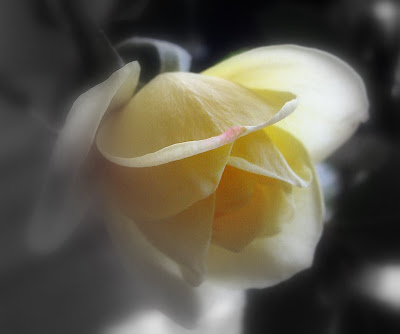 Posted by The Strawberry Mallard at 11:59 PM 7 comments:

Whew...Ma & Pa have been too buzy packing and almost forgot a very important day...I'm a little puzzled.... 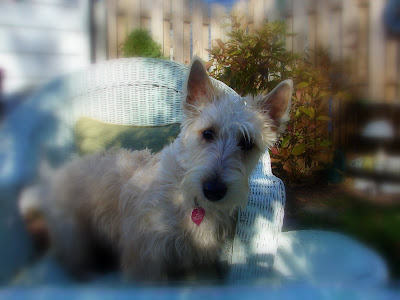 Ma told me that someone had a mini birthday today... 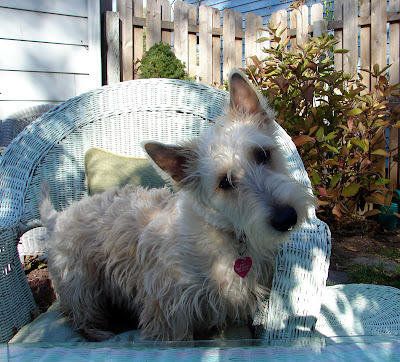 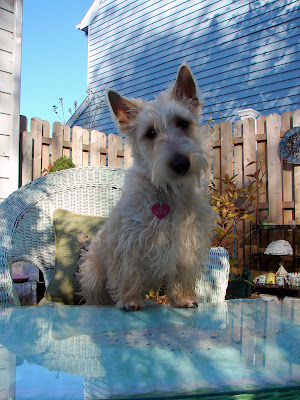 tryin' REALLY hard to remember who it might be.... 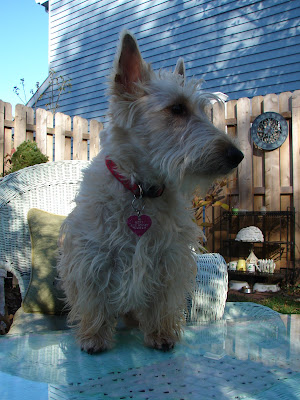 Hmmmmm...gee can I have a hint Ma? 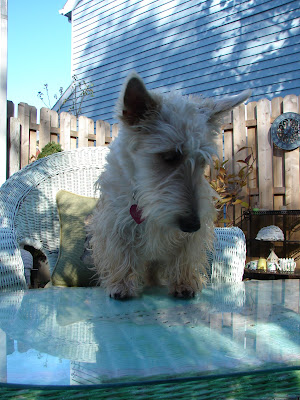 Animal??" Wow it could be anyone here in the menagerie ... 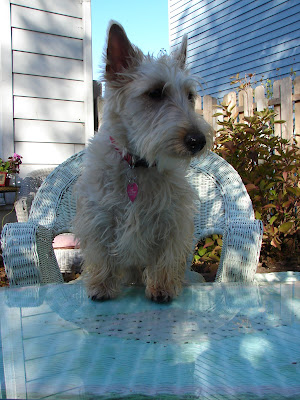 What Ma...think about the number nine? 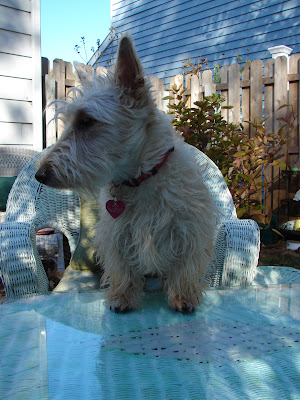 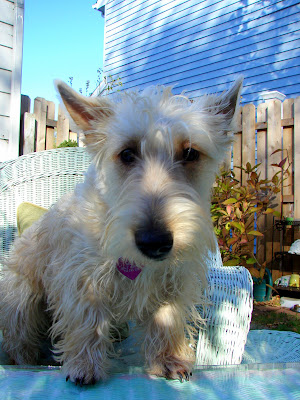 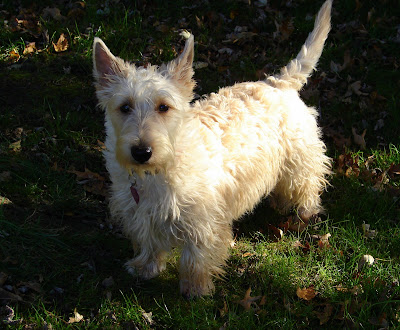 I'm the one who turned nine whole months today......me and my Rocky Creek Farm siblings.....A big Happy B'day to my brother Ruiari and all the other boys and girls thatI was lucky to be born with!
Posted by The Strawberry Mallard at 3:10 PM 13 comments:

Remembering A Wee One Today..Biddy 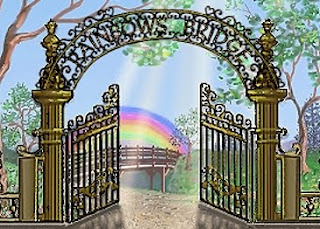 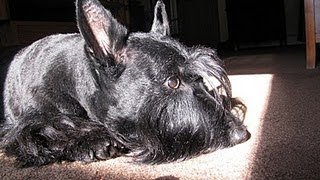 Please take a moment and visit with Biddy's family at Ransomed By Grace when you can. Biddy, Lisa's darling Scottie crossed over the Rainbow Bridge very unexpectedly. They are grieving and need your prayers.

When an animal dies that has been especially close to someone here, that pet goes to Rainbow Bridge. There are meadows and hills for all of our special friends so they can run and play together. There is plenty of food, water and sunshine, and our friends are warm and comfortable.


All the animals who had been ill and old are restored to health and vigor. Those who were hurt or maimed are made whole and strong again, just as we remember them in our dreams of days and times gone by. The animals are happy and content, except for one small thing; they each miss someone very special to them, who had to be left behind.


They all run and play together, but the day comes when one suddenly stops and looks into the distance. His bright eyes are intent. His eager body quivers. Suddenly he begins to run from the group, flying over the green grass, his legs carrying him faster and faster.


You have been spotted, and when you and your special friend finally meet, you cling together in joyous reunion, never to be parted again. The happy kisses rain upon your face; your hands again caress the beloved head, and you look once more into the trusting eyes of your pet, so long gone from your life but never absent from your heart.

Then you cross Rainbow Bridge together....

Posted by The Strawberry Mallard at 12:43 AM 5 comments:

Please pray for our furry friends! 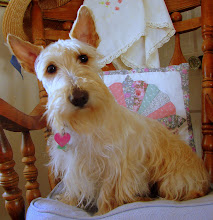 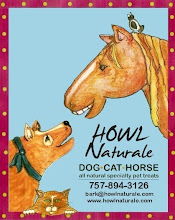 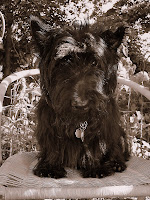 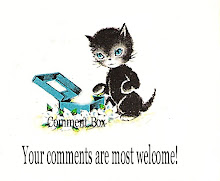 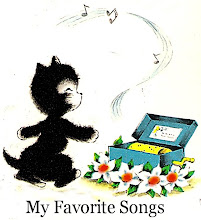 "From Radishes To Roses"

In honor of Emilia
Diagnosis of Alzheimer's
Get a Web Ribbon

In Memory of My Bonnie Bluebelle 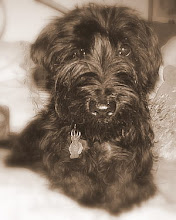 The Strawberry Mallard
Point Pleasant Beach, New Jersey, United States
Hi there! Nancy's my name ~ mom to TWO mischevious lil' scottish terriers,three domestic felines, and two birdies. Life so close to the ocean is always filled with surprises. I have always lived close to water and can't imagine living anywhere else. From Social Services to Market Research, I am now a stay-at-home caregiver now to my 92 year old Mom. I am a gardening fanatic, who also loves photography, crafting, cooking and caring for our wonderful menagerie!